Who runs the world?

Here, we’ll give you a look at ‘women in business’ statistics – but before we do, let us just say that the numbers may leave you wide-eyed.

Get ready for a surprising journey through female entrepreneurship statistics 2021? Let’s go!

It’s no secret that boss ladies have a rougher road to travel than their male counterparts in many regards, but exactly how wide is the gender gap when it comes to small business? We’ve gathered the top ‘women in business’ statistics to give you an 8-piece answer to that very question.

Check out these 8 key statistics about women-owned businesses:

1. There are approximately 13 million women-owned businesses in the U.S.

To put that number into perspective for you, 13 million women-owned businesses comes out to equal roughly 42% of all firms across the United States. There’s no denying that the percentage of female business owners in 2021 is impressive – but their work isn’t finished! That percentage is expected to continue rising over the coming years.

2. Women-owned businesses are growing at a rate of 5%

While a 5% growth rate for women-owned businesses might seem a little underwhelming at first glance, consider the fact that it’s more than twice as fast as the growth rate of all other firms. We can all say we’d like that number to continue increasing, but it’s still something to be proud of – keep it up, ladies!

It turns out boss lady isn’t just a catchy hashtag; 9 million Americans come out to roughly 8% of all American employees working for women-owned small businesses. If you then include the firms that are owned equally by men and women alike, the percentage of total U.S. employment jumps to 14%.

4. An estimated $1.9 trillion in revenue is produced by women-owned businesses

That’s a significant number in absolute terms, but as part of the larger picture, it’s only about 4.3% of all revenues. That’s about one-tenth the percent of women-owned businesses cited above – definitely something to raise an eyebrow at.

Still, if we look back 40 years, women-owned businesses only produced $8.1 billion in revenue (which was 0.3% of all revenue). Women in business statistics have grown significantly, and are projected to continue on that upward trajectory.

5. Women-of-color account for nearly 90% of the new women-owned businesses annually

Yes, you read that correctly. Every year, 90% of new women-owned businesses are started by women-of-color. As if that’s not impressive enough on its own, consider the following: only 39% of the U.S. population is composed of women-of-color!

7. Out of all women-owned firms, roughly 21% are owned by African Americans

In other words, the average revenue of African American women-owned businesses is lower than that of all other minority groups, including Latinas/Hispanics, Asian Americans, Native Americans, and Native Hawaiians. Changing that ‘women in business’ statistic will take lots of effort, but should remain a priority in the fight for equality.

#BossLady is more than just a trendy hashtag! 13 million women-owned businesses comes out to equal roughly 42% of all firms across the United States. Click To Tweet

We truly don’t want to burst your bubble – but while some of these stats are encouraging for any aspiring female entrepreneur, there’s still quite a ways to go before the playing field is totally level between men and women, and among women of all races and ethnicities.

While it’s apparent that the rate of growth of women-owned businesses has been excellent with regards to the number of firms, revenue, and employment, there are still disparities that need to be overcome. If the share of employment (8%) and revenues (4.3%) for women-owned businesses were closer in value to the percentage of female business owners in 2021 (42%), they would undoubtedly make a much greater impact on the economy.

Putting aside the larger picture of women-owned businesses for a minute, the statistics regarding business loans for women, specifically, are a bit more concerning. Research shows that 70% of women who seek business funding are denied, while male business owners faced better odds. But, that’s just the tip of the iceberg – have a look below at even more ‘women in business’ statistics.

There are a variety of factors that stand in the way of female entrepreneurs meeting their financial needs, including:

According to the OECD, the barriers that women entrepreneurs face in their efforts to obtain business funding are significantly more difficult to overcome than for their male counterparts, despite the fact that women usually have better loan repayment records. It’s for reasons like this that people say there are injustices in business when it comes to gender equality, and why Become eliminates that factor from the lending process altogether.

For any organization that cares about creating a better future, it’s essential to take a stand where it can be taken. Become has deliberately designed its online lending marketplace to keep biases of any kind entirely out of the equation.

Plus, with the help of digital technology, applying for business loans no longer means sitting face-to-face with a lender through a lengthy discussion. The LendingScore™ platform uses smart algorithms to gather the necessary information that lenders need to make their assessment quickly and efficiently. No wasting time, no worrying about the personal impression you left on the lender – just a few clicks and Become does the rest.

The future is bright

It’s true that many of the ‘women in business’ statistics mentioned here are cause for concern. The solution to closing the gender gap in business will ultimately come in many shapes and will take time to reach completion. Fortunately, we live in an era that is better for women-owned businesses than at any time before. With a continued sense of determination, equality can be achieved, and the female entrepreneurship statistics of 2021 will be history. 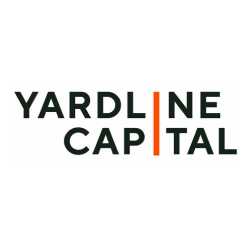